This area is all about things that can affect the Boatless-Land Fisherman as to State and Local Regulations, Rules that pertain to areas that we may fish and enviromental issues that we need to get involved in. Please read these posts and get invovled. We are stonger in Numbers.
Post Reply
34 posts

Not here pointing fingers at which group is to blame and will never jump on someone for making an honest living. What we do have is a common ground at least for the closer of their spawning area here in our local waters for both rec/comm. They just need to get away from their the proposed bag limit for the rec guys. You guys need to check out some other sites and head to the reports/problems for their respectful state and see some of the issues some of these guys are going through and what might be coming to a Florida near you.

Rare wrote:
If you guys as a "fishing community" don't stand as band of brothers on any of these issues related to fishing it will trickle down from the top to the bottom. I stand with all of you on the issues at hand....but the direction some of you guys are viewing this and "what" you find wrong i dont agreed with.

Give the government an inch and they will take a foot. Do you really think they will stop then at just shark fishing? 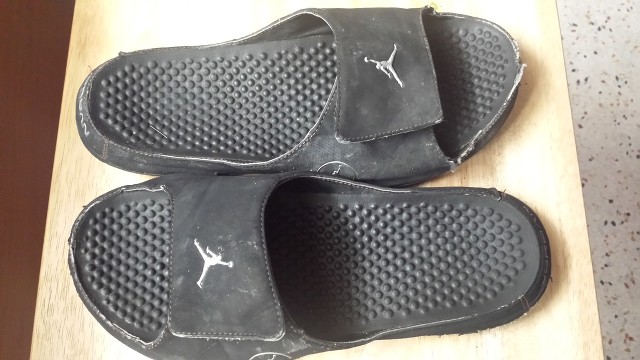 I use to work on a commercial boat with an old cuban capt here in Miami an old family friend. Did it whenever I had the chance wasn't steady and was in the reserves at that point so it was extra cash. I remember one time 2-3 years ago a huge school of yellowtail went to key colony I'm talking 20-30k school of yellows.....he needed help I was free I said why not and headed down.... 10-20 boats just sitting on this school taking and taking and taking leaving and coming and taking .. I swear nothing was left in a few days time ... Nothing at all, so do commercial fisherman sometimes beat the hell out fish yea they do but they're also making a living a respectable law abiding citizen tho who take proper size and quantities tho I don't think does the damage some of those boats do but I also see the other side of feeding a family. Now with that said the topic of shorts , without a doubt keeping undersize fish is harmful and a lot of the googs don't know a damn thing and some know better they just don't care. Can't tell you how many times I've seen on the keys bridges people taking grovers that are maybe 6 inches ! What do you even eat the bones !? Stuff like that most def has an impact as who knows maybe the little Grover was the food a hungry shark or grouper needed to keep growing or maybe he was going to grow and keep bait numbers in check by eating etc etc it's an Eco system and taking before they have a chance to make more is just wrong. To address the issue of mutton idk I don't think they get too much pressure and it seems they stated they wil do this as a way to prevent it from ever getting there but I feel that's a bit redundant considering we already have an aggregate.... I feel like that's just jumping the gun a bit and not sure I agree.
Top

Opportunity to get ahead of the problem? From one of the guys most responsible for the Red Snapper disaster? He wants to repeat himself with this nonsense while by-catch of both mutts and yellows is at
All time high's? Commercial lobby working for you.

Just do what this Gov does, when in doubt ignore the law! They get thousands of letters reminding them opinion is not science and therefore not acceptable as a basis for regulation policy, it might make a difference. My question/statement is, Prove further limiting both snapper species won't harm the current healthy populations! How will new limits effect bait populations, as well as other species relation to less bait from higher consumption by affected species.

Im all for Sensible science based regulation, but Sanchez continues to ignore the fact that the red snapper problem never really existed. Just because you don't see many commercial boats off Lauderdale don't mean much. And the commercial snapper fishermen really aren't the problem. By-catch from trawlers accounts for some of the problem as well. But I agree we have to stop pointing fingers and start coming up with better solutions. Then forward those solutions en masse to both FWC and the Fed. If we Leave it up to "them" and we'll just get more of the same. Like FF said, you're up against a well funded lobby. Votes are all you got! Make a fact based arguement, then propose the solution. To your FWC rep. In the South West,
Thomas Graef, Regional Director
3900 Drane Field Road
Lakeland, FL 33811-1207
863-648-3200
Or
Ernie Marks, Regional Director
8535 Northlake Boulevard
West Palm Beach, FL 33412
561-625-5122
Nice Boat! Now get it outa my driveway!
Top

This is supposed to be my year for the muttons. And I don't mean shorts. My goal is to be able to increase minimum size by 2 inches by November. This would all be land based.
Right now the limits are above the average boat owners ability.
I don't knowingly fish over beds. But if I happen to land on one. Cha Ching